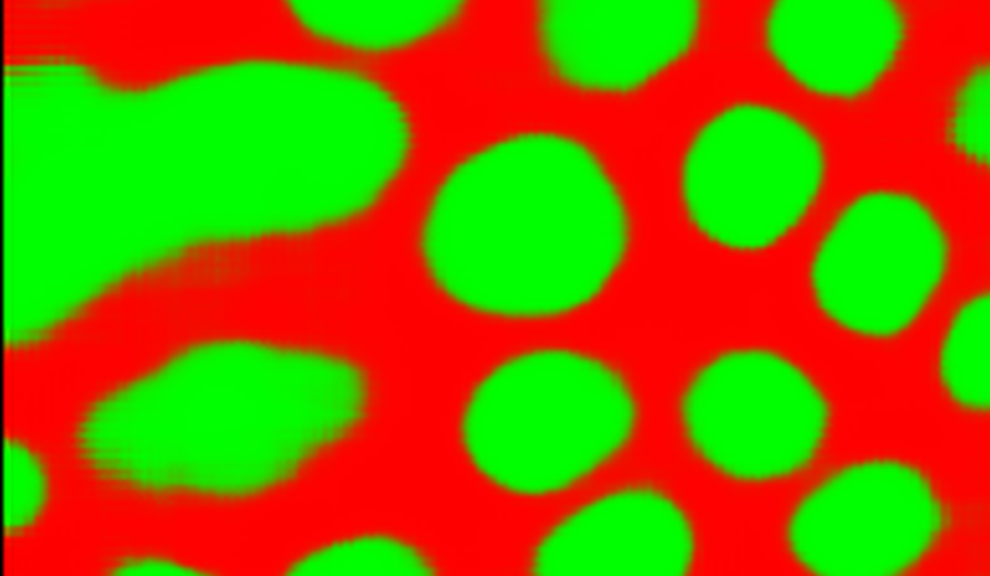 This blog posts explains how to train a deep learning tubule segmentation classifier in accordance with our paper “Deep learning for digital pathology image analysis: A comprehensive tutorial with selected use cases”.

Please note that there has been an update to the overall tutorial pipeline, which is discussed in full here.

This text assumes that Caffe is already installed and running. For guidance on that you can reference this blog post which describes how to install it in an HPC environment (and can easily be adopted for local linux distributions).

As mentioned in the paper, the goal of this project was to create a single deep learning approach which worked well across many different digital pathology tasks. On the other hand, each tutorial is intended to be able to stand on its own, so there is a large amount of overlapping material between Use Cases.

If you’ve already read the Use Case 1: Nuclei Segmentation, in this tutorial you can focus on “Step 1: Patch Extraction”, which contains all the differences from the nuclei tutorial.

The morphology of tubules is correlated with the aggressiveness of the cancer, where later stage cancers present with the tubules becoming increasingly disorganized. The Nottingham breast [22] cancer grading criteria divides scoring of the tubules into three categories according the area relative to a high power field of view: (i) > 75% (ii) 10%-75%, and (iii) <10%. The benefits of being able to identify and segment the tubules is thus two fold, (a) automate the area estimation, decreasing inter/intra reader variances, and (b) provide greater specificity which can potentially lead to better stratifications associated with prognosis indication.

Tubules are the most complex structures considered so far. They not only consist of numerous components (e.g., nuclei, epithelium and lumen) but the organizational structure of these components determines tubule boundaries. There is a very large variance in the way tubules present given the underlying aggressiveness and stage of the cancer. In benign cases, tubules present in a well-organized fashion with similar size and morphological properties, making their segmentation easier, while in cancerous cases, it is clear that the organization structure breaks down and accurately identifying the boundary becomes challenging, even for experts. To further compound the complexity of the situation, tubules as an entity are much larger compared to their individual components, thus requiring a greater viewing area to provide sufficient context to make an accurate assessment.

We break down this approach into 5 steps:

Step 1: Patch Extraction (Matlab): extract patches from all images of both the positive and negative classes

Step 2: Cross-Validation Creation (Matlab): at the patient level, split the patches into a 5-fold training and testing sets

Step 4: Training of DL classifier (Bash):  Slightly alter the 2 prototxt files used by Caffe, the solver and the architecture to point to the correct file locations. Use these to train the classifier.

There are, of course, other ways of implementing a pipeline like this (e.g., use Matlab to directly create a leveldb, or skip the leveldb entirely, and use the images directly for training) . I’ve found using the above pipeline fits easiest into the tools that are available inside of Caffe and Matlab, and thus requires the less  maintenance and reduces complexity for less experienced users. If you have a suggested improvement, I’d love to hear it!

The dataset consist of 85 images ColoRectal images scanned at 40x., where each image is 775 x 522 and contains a total of 795 regions.  The tubules were manually annotated across all images by an expert pathologist.

The format of the files is:

The data and the associated masks are located here (90M).

Examples of these images and their annotates can be seen below

The benign tubules, outlined in red, (top row) are more organized and similar. On the other hand, when considering malignant tubules (bottom row), the variances are quite large making it more difficult for a learn from data approach to generalize to all unseen cases.

We refer to step1_make_patches.m, which is fully commented.

The file name format for each patch is as follows:

Now that we have all of the patches written to disk, and we have all of the file names saved into patient_struct, we want to split them into a cross fold validation scheme. We use step2_make_training_lists.m for this, which is fully commented.

In this code, we use a 5-fold validation, which is split at the patient level. Again, remember splitting at the image level is unacceptable if multiple images can come from the same patient!

For each fold, we create 4 text files. Using fold 1 as an example:

train_w32_parent_1.txt: This contains a list of the patient IDs which have been used as part of this fold’s training set. This is similar to test_w32_parent_1.txt, which contains the patients used for the test set. An example of the file content is:

train_w32_1.txt: contains the filenames of the patches which should go into the training set (and test set when using test_w32_1.txt). The file format is [filename] [tab] [class]. Where class is either 0 (non-tubule) or 1 (tubule). An example of the file content is:

All done with the Matlab component!

Now that we have both the patches saved to disk, and training and testing lists split into a 5-fold validation cohort, we need to get the data ready for consumption by Caffe. It is possible, at this point, to use an Image layer in Caffe and skip this step, but it comes with 2 caveats, (a) you need to make your own mean-file and ensure it is in the correct format and (b) an image layer can is not designed for high throughput. Also, having 100k+ files in a single directory can bring the system to its knees in many cases (for example, “ls”, “rm”, etc), so it’s a bit more handy to compress them all in to 10 databases (1 training and 1 testing for 5 folds), and use Caffe’s tool to compute the mean-file.

For this purpose, we use this bash file: step3_make_dbs.sh

We run it in the “subs” directory (“./” in these commands), which contains all of the patches. As well, we assume the training lists are in “../”, the directory above it.

Here we’ll briefly discuss the general idea of the commands, while the script has additional functionality (computes everything in parallel for example).

We use the caffe supplied convert_imageset tool to create the databases using this command:

We first tell it that we want to shuffle the lists, this is very important. Our lists are in patient and class order, making them unsuitable for stochastic gradient descent. Since the database stores files, as supplied, sequentially, we need to permute the lists. Either we can do it manually (e.g., use sort –random) , or we can just let Caffe do it 🙂

We specify that we want to use a leveldb backend instead of a lmdb backend. My experiments have shown that leveldb can actually compress data much better without the consequence of a large amount of computational overhead, so we choose to use it.

Then we supply the directory with the patches, supply the training list, and tell it where to save the database. We do this similarly for the test set.

To zero the data, we compute mean file, which is the mean value of a pixel as seen through all the patches of the training set. During  training/testing time, this mean value is subtracted from the pixel to roughly “zero” the data, improving the efficiency of the DL algorithm.

Since we used a levelDB database to hold our patches, this is a straight forward process:

Supply it the name of the database to use, the mean filename to use as output and specify that we used a leveldb backend. That’s it!

Now that we have the databases, and the associated mean-files, we can use Caffe to train a model.

There are two files which need to be slightly altered, as discussed below:

On line 2: change “%(numiter)d” to number_test_samples/128. This is to have Caffe iterate through the entire test database. Its easy to figure out how many test samples there are using:

BASE-alexnet_traing_32w_db.prototxt: This file defines the architecture.

Note, these files assume that the prototxts are stored in a directory called ./model and that the DB files and mean files are stored in the directory above (../). You can of course use absolute file path names when in doubt.

In our case, we had access to a high performance computing cluster, so we used a python script (step4_submit_jobs.py) to submit all 5 folds to be trained at the same time. This script automatically does all of the above work, but you need to provide the working directory on line 11. I use this (BASE-qsub.pbs)  PBS script to request resources from our Torque scheduler, which is easily adaptable to other HPC environments.

If you’ve used the HPC script above, things should already be queued for training. Otherwise, you can start the training simply by saying:

In the directory which has the prototxt files. That’s it! Now wait until it finishes (600,000) iterations. 🙂

At this point, you should have a model available, to generate some output images. Don’t worry, if you don’t, you can use mine.

Here is a python script, to generate the test output for the associated k-fold (step5_create_output_images_kfold.py).

It takes 2 command line arguments, base directory and the fold. Make sure to edit line 88 to apply the appropriate scaling; in this case reduce 20x images to 10x images by resizing by 1/2.

The base directory is expected to contain:

BASE/images: a directory which contains the tif images for output generation

BASE/models: a directory which holds the 5 models (1 for each fold)

Notice that the output masks are 193 x 130 or 1/4 the size of the input masks. This is very important, we trained the classifier at 10x, so we need to test it at 10x. Since the images are all taken at 40x, we down-sample them to obtain the correct apparent magnification.

Typically, you’ll want to use a validation set to determine an optimal threshold as it is often not .5 (which is equivalent to argmax). Subsequently, use this threshold on the the “_prob” image to generate a binary image.

Writing a large number of small, individual files to a harddrive (even SSD) is likely going to take a very long time. Thus for Step 1 & Step 2, I typically employ a ram disk to drastically speed up the processes.  Regardless, make sure Matlab does not have the output directory in its search path, otherwise it will likely crash (or come to a halt), while trying to update its internal list of available files.

As well, using a Matlab Pool (matlabpool open), opens numerous workers which also greatly speed up the operation and is recommended as well.

It most likely will take a long time to apply a the classifier pixel wise to an image to generate the output. In actuality, there are many ways to speed up this process. The easiest way in this case is to simply use a larger stride such that you compute every 2nd or 3rd pixel since tubule segmentation doesn’t require nearly as much precision, as say, nuclei segmentation.

Keep an eye out for future posts where we delve deeper into this and provide the code which we use!

It is very important to use the model on images of the same magnification as the training magnification. This is to say, if your patches are extracted at 10x, then the test images need to be done at 10x as well.

42 thoughts on “Use Case 3: Tubule Segmentation”

Tidbits from along the way